Basketball is more than a pastime for Native people. Many see it as a modern expression of Indigenous identity and pride across Indian Country and a vehicle for historic Tribal organizing principles and values. Opportunities and professional trajectories for Native players and athletes remain low due to underfunding and lack of scouting in rural communities.

Native Organizers Alliance is helping to launch Turtle Island Hoops, part of the First Light Scholar-Athlete pilot program for Native American youth. The national program is focused on creating exposure, access, opportunities, and preparedness for Native students who are interested in establishing and widening their path into college athletics.

This program gives participants the opportunity to hone their skills with Native coaches and meet with university Native staff to discuss college access and how to best prepare for the college admissions process. The program also connects students with local tribes and Native organizations to broaden their resources and connections.

The pilot program brought together 14 Native student-athletes to Boston for a week of training and learning, hosted by the University of Massachusetts/Boston Institute for New England Native American Studies. With over 100 colleges and universities in New England that offer basketball at the NCAA Division 1, 2, or 3 levels – including some of the top conferences in the country at these levels – this makes the Northeast and New England a hub for academic and athletic excellence that will allow for student-athletes to have the most exposure at college campuses, as well as visibility to college coaches.

Participants for this pilot were invited from Tribal communities largely on the east coast from New England and North Carolina. Future iterations of this program will have a broader reach, spanning across Indian Country.

During the week, participants practiced with Native coaches from National high school and collegiate ranks in preparation for tournament play at the end of the week. The “Summer Sizzle Shootout” tournament was promoted by the Hoop Group at the iRoy Multi-Sport Complex in Collegeville, PA.

Participants also had the opportunity to visit other area college campuses daily to get advice and instruction from coaches on how to improve their skill development, as well as academic and athletic growth. They met with staff from the Institute of New England Native American Studies to discuss college access and how to best prepare for the college admissions process. 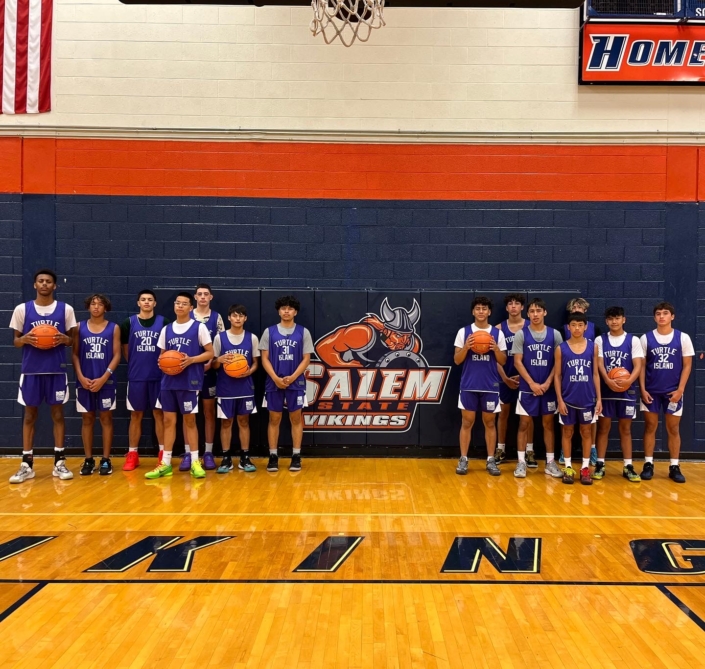 Participation in the First Light Scholar-Athlete program for Summer 2022 is closed. If you are interested in learning more or receiving information about future program opportunities, please sign up for our email list below.

If you are interested in helping Native student-athletes achieve their dreams, please consider making a donation today. Your donation will fund opportunities for additional students to participate in the program.