A Native American group wants to see Indigenous groups given more say in how national parks are managed and wants “sacred places within the parks” returned to the relevant Native American communities.

“Many national parks were created by violently removing Native people from our homelands, where our ancestors lived for thousands of years. But this history has long been erased from the national narrative. Instead, parks are portrayed as pristine and untouched,” reads the introduction to the petition. “To make amends for past and present injustices, we must re-indigenize national parks. And right now we have great momentum. Chuck Sams, the first Native to serve as National Park Service director, is pushing for co-stewardship of parks with Tribal Nations, and to use traditional ecological knowledge in park management.”

Under Sams, the Park Service has moved to strengthen “the role of American Indian and Alaska Native Tribes, Alaska Natives entities, and the Native Hawaiian Community in federal land management.” The director has said such a move “will help ensure tribal governments have an equal voice in the planning and management” of the park system. 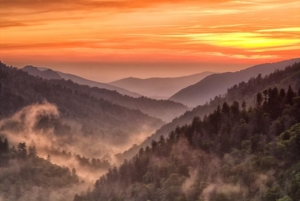